Outside Director Round Table Discussion

Leveraging diverse specialties and experience, we will increase the effectiveness of the Board of Directors and meet stakeholder expectations

FUJIFILM Holdings enhances discussions at the Board of Directors and increases the transparency of management decisions through advice backed by the objective perspective and rich experience of outside directors. Another roundtable discussion was held this year with outside directors on the topics of the effectiveness of the Board of Directors and the challenges and expectations associated with future growth.

Effectiveness of Board of Directors

Kitamura: The role that outside directors are expected to fulfill at the Board of Directors is to participate in discussions based on their unique perspective that comes from the experience accumulated at the organizations they have belonged to and the expertise cultivated through that experience. In other words, we recognize that the new insight obtained through the perspectives of outside directors is useful for increasing the effectiveness of the Board of Directors. I value the intuition and judgment based on my own experience and background, and I speak up when I have even a small doubt. The chairman often encourages members to speak up, expecting such insights. Mr. Shimada has seen a great deal of industries, fields, and managers in his time. His appointment will further energize discussions at meetings of the Board of Directors.

Eda: The atmosphere at our Board of Directors is certainly conducive to speaking freely. When the prior explanations are provided for the agenda, outside directors deepen their understanding when other outside directors ask questions based on their different backgrounds, enabling them to participate more actively in the discussions at meetings of the Board of Directors. The culture of emphasizing speed is one of the Group’s strengths, and that hasn’t changed. In addition, compared to two years ago when I was appointed, I feel the business strategy and investments including M&A are more strongly associated, and discussions are more open.

Mr. Shimada, what are your thoughts on participating in meetings of the Company’s Board of Directors?

Shimada: The major global trends have changed rapidly over the past five or six years. Technologies such as AI and digitization influence each other, and technological development is taking place at an accelerated pace. The global economy’s center of gravity is also changing as China maintains its fast growth. As a result, the concept of geopolitics has expanded beyond the fields of politics and economics into fields such as technology and healthcare, bringing greater importance to the perspectives of geotechnology and geohealth. Furthermore, global issues such as abnormal weather and pandemics have manifested and become more visible to people around the world. What I felt when working on the front lines of public administration was that we're at the point where swift changes have to be made to the rules and systems of the world that have simply been assumed up to now in response to these major trends and changes. These trends hold true especially for global companies such as Fujifilm. The basis of business activities that had been considered a matter of course up to now is changing greatly, which is a risk, but can also be an opportunity. I am determined to contribute to the Group’s growth based on what I have seen and felt from the viewpoint of public administration. 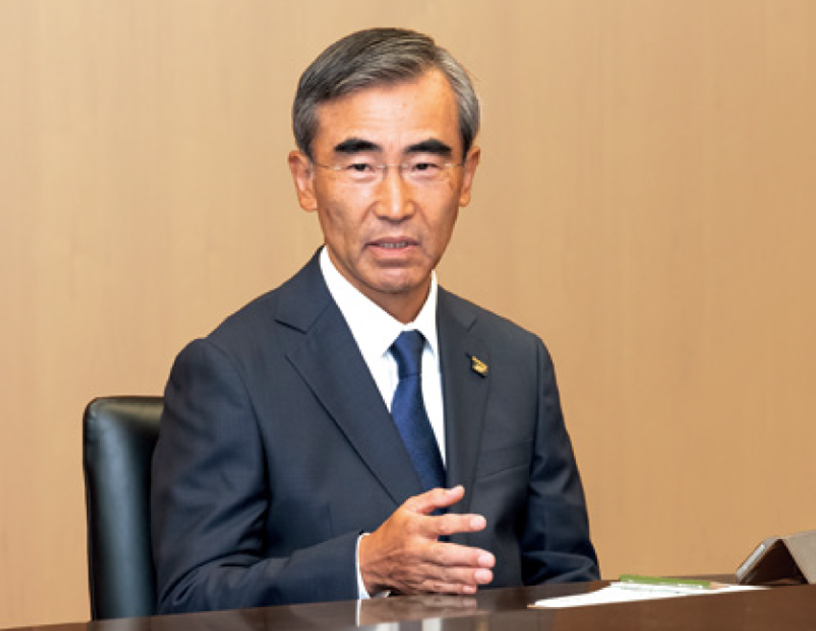 Mr. Shimada has served in important positions, including Deputy Vice-Minister, Director-General of Trade Policy Bureau, and Vice-Minister of the Ministry of Economy, Trade and Industry (METI). He possesses ample experience and a wide range of knowledge from having promoted new industrial and trade policies to address changes in the global industrial structure.

Does the Company provide sufficient support for participating in discussions at meetings of Board of Directors?

Kawada: I believe the most important mission of an outside director is to verify and ensure the validity and appropriateness of decisions made by the Board of Directors. Various opportunities to promote understanding, including business briefings and workplace tours, are provided to us so as to fill the information gap between inside and outside directors. When it comes to meetings of the Board of Directors, relevant material is shared beforehand, and enough time is secured to carefully review it. Furthermore, outside directors can deepen their understanding of the agenda items and exchange opinions with each other at prior explanation meetings provided before meetings of the Board of Directors. If I were to make a request, it would be to have ongoing opportunities to communicate with executive officers and employees in order to have even better discussions while referring to feedback from the front lines.

Kitamura: In addition to the usual business briefings, last year we had new briefings on human resources development, IT strategy, and initiatives to promote ESG. Such briefings on various topics are very useful for making the optimal decisions for the Company with a better understanding of the Fujifilm Group.

How is the CEO succession plan discussed at meetings of the Nomination and Remuneration Advisory Committee?

Kawada: Currently, a majority of companies listed on the First Section of the Tokyo Stock Exchange have committee governance structures, but my understanding is that firm processes and systems have yet to be put in place, and all of these companies are engaged in trial and error. We are engaged in specific and deep discussions based on the human resource requirements for a successor and a list of candidates.

The committee is considered an advisory body, and I am determined to further enhance discussions by continuing to engage in activities to ensure objectivity and transparency in order to contribute to decision-making by the Board of Directors. 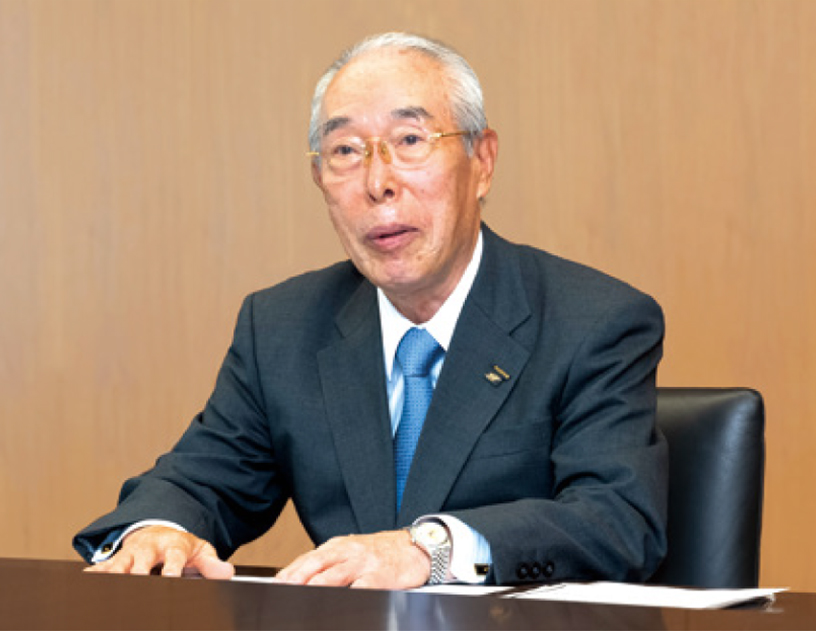 Having served for many years as representative director of a general textile manufacturer, where he took the lead in the transformation of the company’s business model, creation of innovation, and organizational reform, Mr. Kawada has ample experience and a wide range of knowledge. He serves as chairperson of the Company’s Nomination and Remuneration Advisory Committee.

Kitamura: I strongly recognize that a succession plan for Mr. Komori, who is the current CEO, is one of the most important issues for the Group. As Mr. Kawada said, appropriateness and transparency needs to be ensured in the selection process, and the committee must perform that function when it comes to our approach to a successor. In addition to objective data such as skills and career background, Mr. Komori has explained quite directly about the track records and evaluations of the candidates, providing us with a solid basis for making a decision. That has led to fruitful discussions.

Please tell us about the officer remuneration system, which is another item on the agenda of the Nomination and Remuneration Advisory Committee.

Kitamura: I believe the officer remuneration system should be linked to medium- to long-term performance rather than simply reflecting current results or short-term performance. The stock option system has also reflected this way of thinking, but I think the new stock compensation system currently under review takes it a step further.

Kawada: I believe that incorporating a scheme that not only provides officers with appropriate incentives but also encourages appropriate risk taking, including medium- to long-term investments, is an important issue when it comes to the offi cer remuneration system.

The Fujifilm Group is aggressively investing in growth. What is your evaluation of the decision-making process at the Board of Directors, particularly in regard to M&A?

Kitamura: Last year there were decisions made on major deals, such as converting Fuji Xerox into a wholly owned subsidiary and acquiring the diagnostic imaging business of Hitachi. In each case, the M&A Investment Committee carefully discussed the deals, and then the Board of Directors thoroughly deliberated on the appropriateness of the acquisition price, synergy, and risks.

Eda: With M&A, what’s important is not only the judgment process of finalizing the investment but also whether the contribution to performance has been realized according to plan after the acquisition. As such, I am determined to also share and evaluate information on the post-acquisition integration process at meetings of the Board of Directors.

Kitamura: That’s exactly right. Generally, with M&A, there’s a tendency to see the acquisition itself as a result, but what’s really important is the post-acquisition results and verifying them. Even before Fuji Xerox was made a wholly owned subsidiary, there were remarkable improvements in terms of performance that came about from strengthening of governance and operational reform initiated by our management. Based on the growth strategy and measures announced at the same time that it was converted into a wholly owned subsidiary, I believe the post-integration process has made even further progress.

Mr. Kitamura has served in management at major financial institutions for many years, demonstrating strong leadership. He has ample experience and a wide range of knowledge with respect to finance and capital markets. He serves as a member of the Company’s Nomination and Remuneration Advisory Committee.

How do you evaluate the Group’s social contribution through its business under the COVID-19 pandemic?

Eda: I believe that making a social contribution through business activities is thoroughly ingrained in the corporate culture at the Group. When it comes to making a social contribution through the business, however, that’s not something that you can do all of a sudden just because we’re in the midst of a pandemic. The Group is making a big contribution right now precisely because it has been continuously engaged in corporate activities from the standpoint of social contribution for many years. The fact that the same values, including what the Group should be and what is important, are thoroughly shared among all individual employees also probably has something to do with it. As the market goes through drastic changes, there is a growing trend where stakeholders appreciate such organizations that value the longterm well-being of their employees and social contribution rather than focusing solely on short-term profi ts and are capable of paving the way for the next generation. In that sense, I think the Group is in a position to lead in this time where companies around the world are shifting significantly away from the principle of shareholder primacy from a short-term perspective. We outside directors will bring our strengths together to contribute to the Group’s growth and further meet stakeholder expectations.

Serving in management at a global corporation, Ms. Eda has created new markets and developed global human resources. In her current position, she has accumulated ample experience and a wide range of knowledge from working on improvements to regional and industrial issues on a global scale.